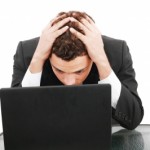 Young job seekers are concerned across Australia as it is becoming harder and harder to land a job – any job. These worries were escalated by Australian youth last month when The Brotherhood of Saint Lawrence reported some regions in the country sporting youth unemployment rates as high as 20%, and climbing. That is currently more than double the national jobless rate amongst adults over the age of 25!

Although the Australian Bureau of Statistics contends that youth unemployment rates are holding steady at 12.70 percent, those living in areas such as north and west Tasmania ; parts of Queensland; in Cairns; , and even northern areas of Victoria and Melbourne are being hit hard by youth unemployment. Rates there are ranging from 17-20% for workers between the ages of 15-25.

Who’s being Hardest Hit?
Areas that have traditionally relied on industry to support youth employment are seeing its youngest workers struggling to find a job these days. As industry scales back (or in some cases relies more heavily on high-tech innovations to stay relevant), young workers are being displaced by more experienced – and educated — ones.

Education is the Key to Success
Education is another factor, experts say. As the economy changes, so do its jobs. As the world’s economy changes, so does Australia’s. This means keeping up with industry changes throughout the region and the world. These changes often require a more educated workforce. This can leave many younger, uneducated workers (or undereducated) scrambling to find worthwhile jobs.

Experience Counts
Experience too matters a great deal when it comes to landing a job in today’s high powered markets. As the job market changes, employers are looking for applicants with real life experience. This can be tough for a young worker to get, especially with unemployment rates soaring. Even those with higher education degrees are finding it difficult to find entry level opportunities that will give them the experience they need for a better paying job down the line. This is leaving the country’s youth frustrated and scared.

Is This The Beginning of a Downward Spiral for All Australian Workers?
Some analysts worry that younger workers struggling to land permanent positions, is a dangerous sign that economists should take notice of. Historically, young job seekers are the first to feel the pain of economic woes. This fact, combined with the recent jumps in adult unemployment rates nationwide and economic problems being felt across Europe, could be a sign for concern say some. In early 2014, the Bureaus of Labour and Statistics reported higher unemployment rates nationwide, with its sharpest increase in years. Currently the national unemployment rate hovers just under 7% at 6.7% (and rising). This is an all time high for the last 12 years.

Considering the fact that young workers are usually hit first by a struggling economy, and nationwide unemployment rates are soaring; many analysts are predicting serious economic troubles for young workers in the months ahead. If you are currently having issues with employment, visit our unemployment section for additional information on financial assistance whilst unemployed as well as tips on how to better position yourself for finding employment.